The economic independence of Uganda is predicated on how strong our systems as a nation are and these include judicially, Legislature and executive putting in place policies that put Uganda’s economy at the forefront. However, the efforts of the judiciary in ensuring that Uganda gets her full economic independence are continuously getting undermined by individual judges like Dr. Flavian Zeija who intentionally continue compromising judicial proceedings and rulings in court.

This controversial Principal Judge has additionally tried to preempt earlier complaints about his judicial misconduct and actions that professionally contravene his sworn oath, by stating in a ruling that “One of the parties tried to bribe him to influence his decision” when it is very evident and publicly known that he is compromised as earlier complained by Ham Enterprise and lawyers through two letters. We believe Flavian is trying to get away with misconduct thus this is an attempt to escape the judicial service disciplinary action.

Given the fact that Dr. Flavian Zeija picked a suspicious interest in this specific case as he has always been calling and holding this casefile to give it direction, used his power as the high court administrator and high-jacked this Case file, signed an ex parte order that was drafted by Diamond Trust Bank’s Lawyer Kilyowa Kiwanuka right in his chambers outside working hours contrary to the judicial procedures; We wonder whether Flavian Zeija is really fit to be a principal judge given this high level of Incompetence illustrated in this matter!

As earlier written about him in our previous article. He is compromised and acts against and outside the court procedures and administrative order. He is now trying to preempt complaints against him

We are wondering why the judicial service commission has not yet come out to investigate his actions in response to Ham Complaints that were made over a month ago!

Flavian has always been misusing his power and undermining the Judiciary for quite some time.

We pray that he exhibits integrity and stands down as a Principal Judge. 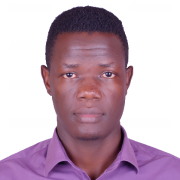 Shell Rewards over 7,000 Customers With 30M Worth Of Fuel

Luc Belaire Relaunched in Uganda with an Exclusive NYE Experience

You Should Just Start Dealing in Chicken,Eggs-Bitter Customers attack Lycamobile over Poor Services