‘It is the Lord who GIVES and TAKES’ and it’s indeed true that “good things don’t last long and so do good people.”

Thousands of mourners who paid Mzee Ocen Augustine’s last tribute heaped praises on him saying such a kind hearted, Loyal and submissive,polite, loving, passionate,caring,obedient and selfless person can not be easily found.

All the above attributes don’t really well describe him,he was Down-to-Earth individual who wanted the best in others and cared less about himself for he was happy to see others happy.

To others,Mzee Ocen preached the great gospel of peace,Unity and reconciliation among the Iteso and other tribes.

Born in September 15,1942,Ocen nurtured and produced well equipped and above all God fearing pupils who have been successful over the years in the different careers they have pursued.

Talking about good products,Mzee is said to have trained over 90 well disciplined and successful teachers all over the Country.

In his line of duty,Mzee had many responsibilities under his name where he helped many achive their goals in life.He helped Uganda’s celebrated former journalist Chris Obore secure a scholarship for his studies among other notable causes.

He is remembered for bringing justice to many social disputes and solving land and gender based violence among others.

He was an expert in almost all issues ,when it comes to handling marriage issues,he was only a call a way.

Mzee Ocen was indeed a great leader who was very instrumental in identifying great personalities in various capacities and encouraged them to work harder for the benefit others.

He had been battling with hyper tension and ulcers for a long time.He also got other complications including Prostate Enlargement.

Mzee was operated for Prostate Enlargement in September 2020 and seemed okay for along time not until he accidentally took poison mistaking it as Aloe vera drink that he had been taking for his illness.

He was the next day rushed to Mbale for treatment where he finally breathed his last.

The late had four wives and  produced over 18 boys and 8 girls with 78 grandchildren. 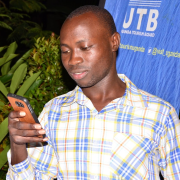 Emuk is a seasoned entertainment guru in town. He has covered different events and international celebrities. He is the Managing Editor/Chief Editor at www.KampalaSqoop.com Get intouch with him on bemuk@kampalasqoop.com